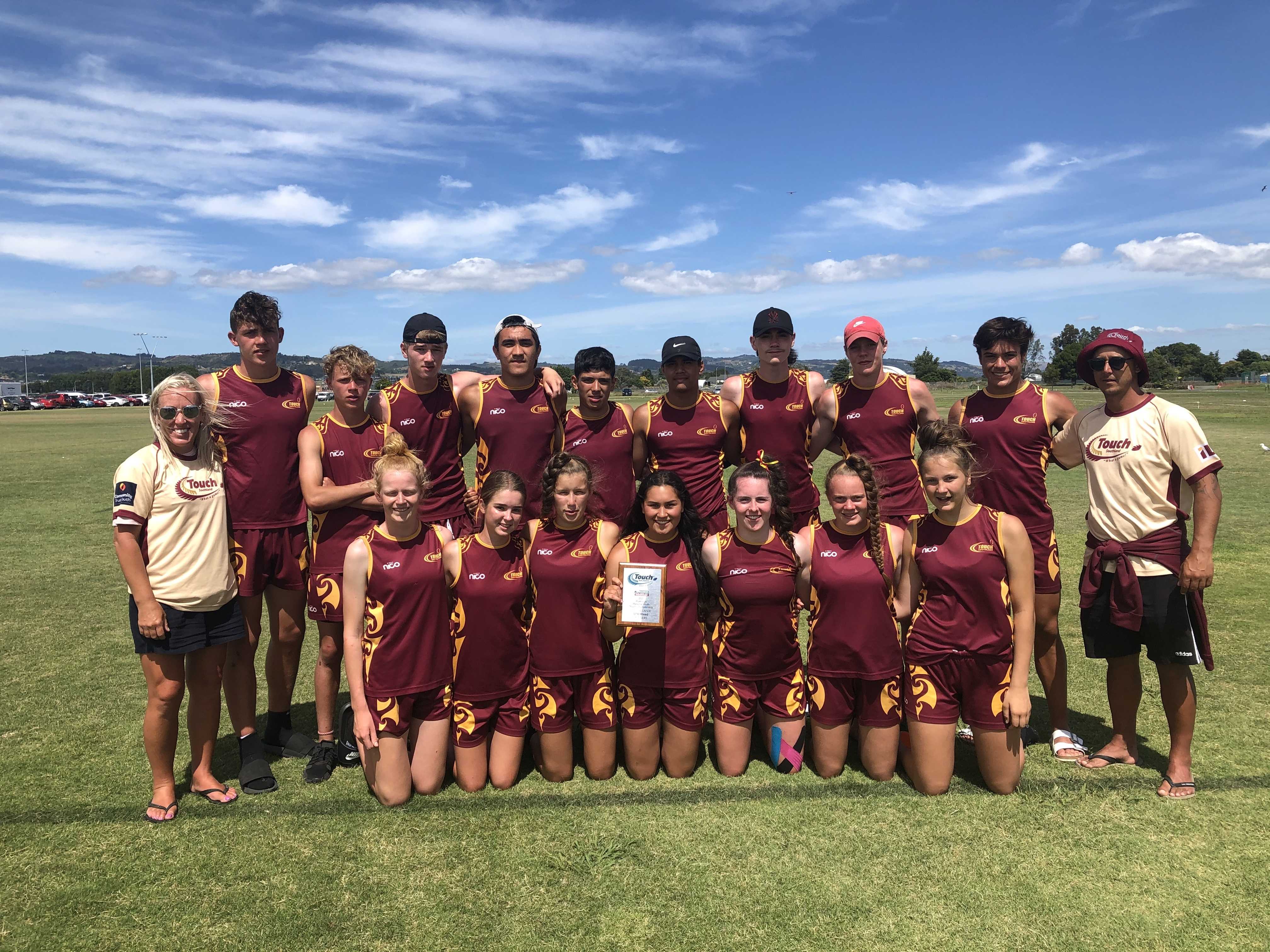 Touch Southland's Junior Representative Programme has evolved in recent years.  With the growth and success of our own regional development programme for Primary & Intermediate players, this has led to a reduction in the number of Southland junior representative teams attending South Island junior tournaments.

Touch Southland select U14 Boys & U14 Girls teams from Junior Development teams.  Southland U14 Boys & Girls sides take part in the Oamaru tri series and the Te Waipounamu Junior Tournament in Christchurch. Both tournaments are held in December each year.

Southland U16 Boys & Girls teams are also selected to take part in the Oamaru tri series and the Te Waipounamu Junior Tournament in Christchurch in December each year.

Touch Southland send between 2-4 teams to the Touch NZ Youth Nationals held in mid-February each year. Southland have been strong in the mixed grades in recent years, winning the U17 & U18 Mixed National title in 2016 & 2017.  Southland U16 & U18 Mixed teams have also consistently made the top four for the past few years. On occasion Southland will also send a girls and/or boys team to compete in the Youth Nationals if there is sufficient opportunity for that team to compete on the national stage. The U16 Mixed team is selected from U16 Boys & Girls teams that play prior to Christmas.

In 2023 National Youth Touch Champoinship to be hosted in Christchurch on 10-12th February 2023.

From 2012-2018 Southland were one of the more dominant provinces in the Open Mixed grade, claiming five top four finishes including four third placings.  Southland have also picked up titles in the U19 Mixed, U19 & U21 Womens grades in previous years.  Which Southland teams attend Nationals varies each year depending on playing numbers and depth.

In 2023 Touch Southland will be sending two teams if numbers permit Under21 mixed or Development Open Mixed and Open Mixed  team to the National Touch Championship March 2-5th in Palmerston North. ​​​​​​​

All information for Junior Development & Representative teams will be listed on  https://touchsouthland.teamapp.com/  - we encourage all parents/caregivers to downlaod the Team App application on your smart phone & search Touch Southland.